The Child and Family Traumatic Stress Intervention (CFTSI) is a brief early intervention model for children and adolescents (from age 7-18 years) that is implemented soon after exposure to a potentially traumatic event, or in the wake of disclosure of physical and sexual abuse. The program was developed at the Yale Child Study Center. It fills a gap between acute responses/crisis intervention and evidence-based, longer-term treatments designed to address traumatic stress symptoms and disorders that have become established. The goal of this family-strengthening model is to improve the caregiver’s ability to respond to, and support, a child who has endorsed at least one posttraumatic symptom. By raising awareness of the child’s symptoms, increasing communication and providing skills to help master trauma reactions, CFTSI aims to reduce symptoms and prevent onset of posttraumatic stress disorder (PTSD). In addition, CFTSI offers the opportunity to assess children and families that are in need of longer-term treatment.

At the end of the course, participants will be certified to practice CFTSI with clients.

What participants are saying

“I would like to thank you all once again for the incredible opportunity to attend this course! In practice it proved to be a valuable short-term early intervention approach for traumatized children and their families, specifically those whose needs are in between crisis support and long-term psychotherapy support.”

Who the course is for

Participants are required to be masters-level trained therapists working with children with trauma symptoms.

What will you learn

Session 2A: Meeting the child alone

Session 2B: Family Meeting: The caregiver and the child together (key session in CFTSI)

Session 3: The caregiver and the child together

Session 4: The caregiver and the child together: Case disposition

Completion of the course is either pass or fail.

To pass the course the participants need to have attended the two days seminar and have offered one family CTFSI under supervision. The course coordinator together with the trainer, are responsible for the examination. Participants who have passed the course will receive a course certificate.

Carrie Epstein, LCSW-R is Assistant Professor at the Yale Child Study Center at the Yale University School of Medicine where she is Director of Clinical Services and Training at the Childhood Violent Trauma Center. For the past 30 years, Ms. Epstein has been providing treatment, supervision and consultation on providing mental health treatment and on developing new programs for children and families impacted by trauma and traumatic grief. She is recognized both nationally and internationally as an expert in the field of child trauma, child traumatic grief and disaster response.

Ms. Epstein is co- developer of the Child and Family Traumatic Stress Intervention (CFTSI), the only evidence-based early, trauma-focused intervention for children and families that interrupts and prevents the development of PTSD and related disorders. In addition to being one of the Master Trainers of the CFTSI model, Ms. Epstein is also a Master Trainer of Trauma-Focused Cognitive Behavioral Therapy (TF-CBT). One of the original Principle Investigators of the National Child Traumatic Stress Network (NCTSN),

Ms. Epstein has responded to multiple school shootings and other mass casualty disasters across the country. She played a lead role in the mental health and collaborative responses in New York City following the attacks of September 11th, and also played a lead role in Yale’s response to the 2012 shooting in Newtown Connecticut, providing ongoing training and consultation to mental health professionals, school administration, teachers, staff and families at Sandy Hook Elementary School and in the greater Newtown area. Over the past 30 years, Ms. Epstein has provided consultation to Offices of Mental Health from several states, as well as to dozens of organizations internationally focused on providing treatment to children and families impacted by trauma and traumatic grief.

Since 2001, Ms. Epstein has acted as the Co-leader of the National Child Traumatic Grief Committee for the National Child Traumatic Stress Network, and she has served on the Steering Committee of the National Child Traumatic Stress Network, the Scientific Advisory Board to the Evidence-based Treatment Dissemination Center of the New York State Office of Mental Health, and the HHS Region II Strategy Group on Mental Health and Trauma. Ms. Epstein has been a principle investigator for multiple studies and grants focused on trauma response and provision of trauma focused treatment, both in the acute and longer-term phases of trauma response. She has co- authored several articles and chapters on the implementation of acute/early/brief interventions with families impacted by trauma.

Variable. Often covered in part by project or other funding.

PROMISE Barnahus Network Members have subsidized or – when possible – free access to this type of support. Read more >

2 full days of lectures, followed by a few months to complete the practical assignment with supervision.

Instruction is offered in English. Countries are encouraged to supply at least 2 interpreters when needed. The online training platform we use supports live interpretation. Translations of some documents into your national language may be offered.

All spaces for our upcoming trainings on this topic are currently full. Sign up to our waitlist to be eligible for any spots that become available, or to get early access to trainings we schedule in the future.

This course is available to run on demand on dates that work for you. Contact us to find out more. 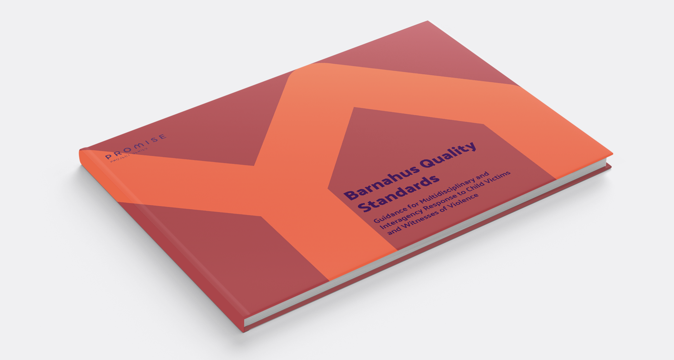 Enabling environment, Getting to yes, Multidisciplinary

The Barnahus Quality Standards is not just our hero document, it is also the publication which current and aspiring Barnahus from 22+ countries have contributed to and/or are currently implementing....

Connect with PROMISE experts to consult on a specific case, to get a second opinion or get specific advice in relation to a specific child protection intervention/case in your Barnahus....

There is much more to recording interviews at a Barnahus than setting up a system and hitting record. To best perform its role, a Barnahus must comply with local/international rules and regulations of evidence recording, and be able to...

Our professional networks and exchanges are member-led initiatives based on thematic areas or professional specialization. They support Barnahus staff to connect with their peers from around Europe, and to gain access to a vibrant... 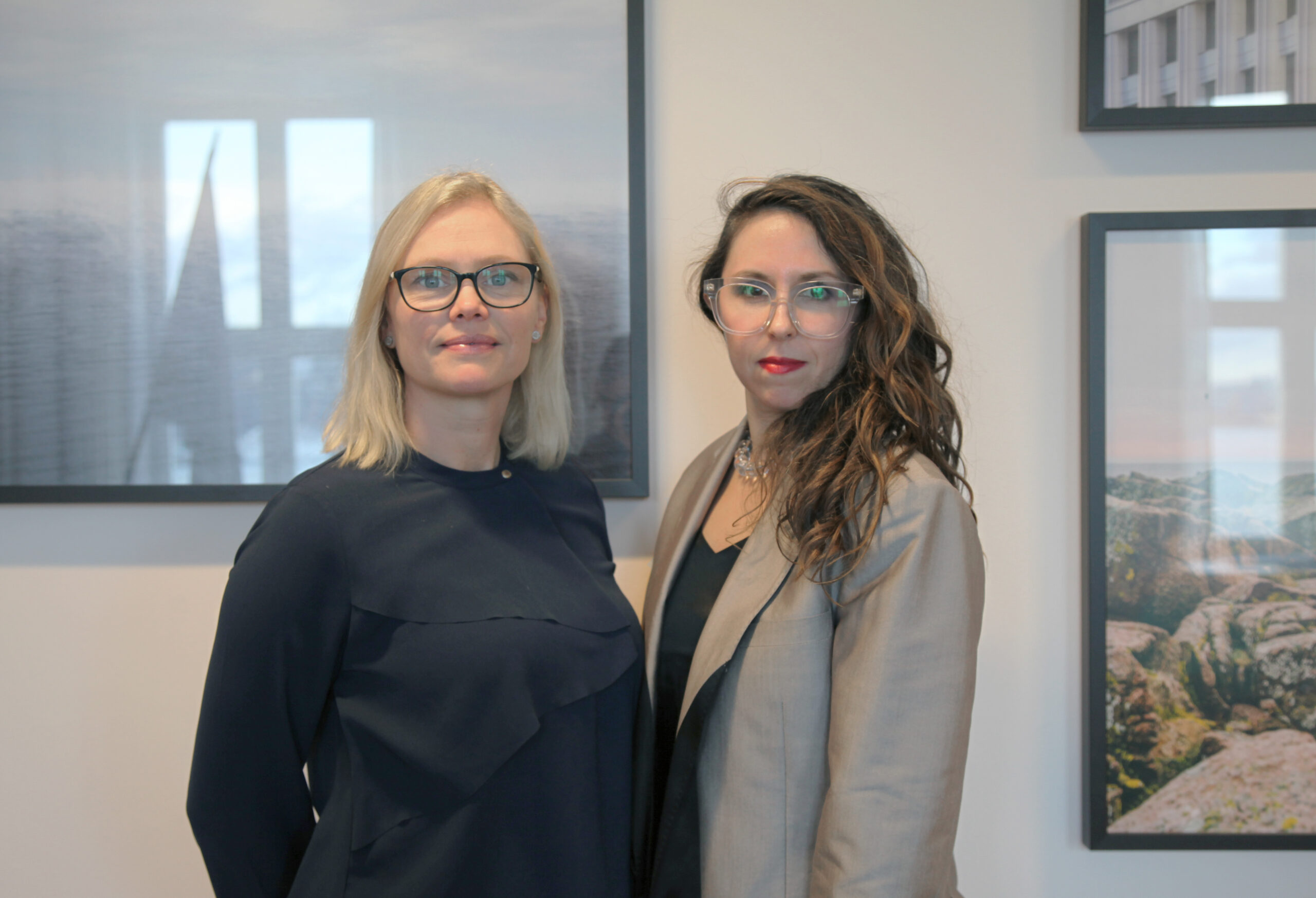 All Network members have access to the support desk service, provided by the PROMISE Barnahus Network Secretariat....

Getting to yes, Multidisciplinary

The PROMISE Barnahus Network is proud to support courses, workshops and seminars that include modules introducing the Barnahus model. ...

To convince judges to support the introduction of Barnahus in their national systems, Judge Sigvaldason noted that they often need to hear it from another judge. PROMISE has also seen just how influential it can be for judges to meet...

This course offers basic training in child forensic interviews with a specific focus on challenging situation such as interviewing small children and those with special needs. The course consists of one-week online training including...

A conjoint child and parent psychotherapy model for children who are experiencing significant emotional and behavioral difficulties related to traumatic life events. Successful participants of this course will be certified to practice...

A brief early intervention model for children and adolescents that is implemented soon after exposure or disclosure. Successful participants will be certified to practice CFTSI with clients....

The course covers different theories and working methods tailored to the work of Barnahus, which are relevant for all staff and competencies covering all four rooms embedded in the multidisciplinary approach: criminal...

MDIA/MDT – Establishing and working in a multidisciplinary interagency team

This course introduces multidisciplinary and interagency (MDT or MDIA) teamwork. It explores why teams take work, and the essential components of effective teaming....

This module supports participants in understanding what a child rights based approach implies and considering how to fulfil those rights in day to day practice in the Barnahus....

Children and parents work individually and together. Every session ends with a conjoint meeting with the child and the parents for integration and practicing new skills and strategies. Successful participants will be certified to...

In collaboration with you and based on your needs, we will develop a custom intervention that engages top experts in Europe and abroad who will support your work towards establishing Barnahus and meeting the Barnahus Quality Standards....

Depending on your needs, we can offer online or offline sessions with top European experts – including paediatricians and medical forensic doctors, covering a wide range of topics....

Plan a study visit to a Barnahus

A study visit to a Barnahus is a rite of passage for a team who is studying if Barnahus will work in their context, or who is tasked with establishing one. More than that, it is an unmissable opportunity for aligning a steering group...